Japanese restaurants are best known for serving up delicious sushi. However, many keto dieters have given up the takeout and resorted to making their own low-carb sushi at home.

You can eat low-carb at many restaurants by staying away from dishes that include rice and noodles, and opt for grilled meat or seafood. You’ll also want to avoid all sugary sauces.

Here are the top 10 low carb diet options that you can order at almost any restaurant that serves Japanese cuisine. We’ll also show you how to modify these Japanese foods to keep them low-carb.

Sashimi is fresh raw fish (usually tuna or salmon) that is served with a dipping sauce, such as soy sauce. It’s a good alternative to sushi if you want to reduce your carbs.

Many Japanese meals come with rice, a house salad, and miso soup with green onions. Some may also serve bread. Be sure to hold the bread and rice. Ask for a house salad without dressing and enjoy a small cup of miso soup.

You may also want to make sure your sashimi is not served with a sugary sauce. Dipping sashimi in a small amount of soy sauce is fine in moderation.

What to order: sashimi without any rice or bread. Choose soy sauce as your dipping sauce.

Edamame are boiled soybean pods. They are usually salted and served as appetizers at most Japanese restaurants.

You could enjoy an order of edamame to go along with a side of grilled meat or fish.

What to order: ask for an order of edamame.

Note: If you’re following a strict version of the keto diet, or if you’re allergic to soy products, edamame won’t be a good choice.

Yakitori is a delicious food that consists of skewered chicken with sauce. It’s usually served over rice. Some restaurants serve it as an appetizer.

The sauce usually contains a mixture of soy sauce and brown sugar. You could ask for Yakitori grilled chicken skewers without any sauce or rice. Opt for miso soup or a low-carb side salad instead.

What to order: ask for Yakitori without the sauce. If you plan on turning this into a meal, then ask for a low-carb side, such as a house salad, miso soup, or Oshitashi.

Seaweed salad at a Japanese restaurant will likely contain a blend of cooked or dry seaweed with a tangy dressing made with soy sauce, sugar, sesame oil, and vinegar.

This would be a good low-carb salad to enjoy with a side of meat or fish if you can get it without the dressing. Ask for oil and vinegar instead.

What to order: the seaweed salad minus the dressing. Ask for oil and vinegar if possible. Enjoy this with a side of grilled meat or fish for a complete low-carb lunch.

Oshitashi is a small dish served as an appetizer that consists of boiled spinach with sesame oil and soy sauce.

You can order this as a side with grilled meat or raw fish. This would make an excellent side dish instead of rice for most Japanese meals.

What to order: ask for Oshitashi boiled spinach as a side dish for your meal instead of rice.

You can order a salmon steak that comes with broiled fish and vegetables. This dish is usually served with rice and miso soup.

Make sure there is no sauce that comes on your dish. Also, ask for no rice.

What to order: salmon steak with no sauce or rice. Enjoy with a cup of miso soup.

Bulgogi Don is a dish that consists of marinated beef and vegetables with a flavorful broth served over rice in a bowl.

You can make this dish low carb by asking for no sauce or rice and eating the beef and vegetables only.

You can also order Ten Don, which is the same dish with fresh shrimp instead of beef. Avoid fried versions of this dish that may contain breaded meat, such as Katsu Don (fried pork).

What to order: ask for Bulgogi Don or Ten Don without the rice and sauce.

Kani-Su is a salad dish made with crab and cucumber in a vinaigrette dressing.

This would be a good low-carb option if you can order it with oil and vinegar instead of the vinaigrette dressing, which probably contains sugar.

What to order: ask for Kani-Su without the vinaigrette dressing and opt for oil and vinegar instead.

Tofu Bibim Bob is a dish that is made with cooked assorted vegetables, tofu, and egg. It’s served in a hot stone bowl.

This is an excellent option for someone who is trying to eat low-carb but wants to limit their intake of meat. Make sure it does not come with any sauce or rice.

What to order: order the Tofu Bibim Bob without any rice or sauce.

You will want to ask for no sauce or rice. Instead, enjoy a side salad or cup of clear-based sour, such as miso soup.

What to order: the beef teriyaki with no teriyaki sauce. Hold the rice and opt for a side salad and miso soup instead.

If you’re in the mood for Japanese food or sushi, then we recommend making your own keto friendly sushi at home.

You can eat low-carb at most Japanese restaurants by ordering a meat and vegetable dish without the sauce, which usually contains added sugars.

You will want to hold the rice that accompanies many a Japanese dish and opt for a low-carb side dish instead, such as miso soup or a seaweed salad with sesame seeds.

Stick with water and unsweetened tea as your beverage of choice. This rule applies for fast food places, too.

Up Next: Best Low Carb Options at Chinese Restaurants 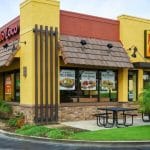 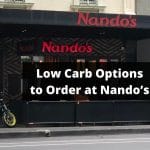 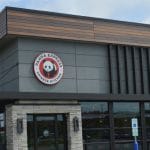 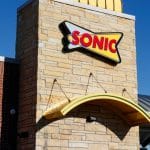 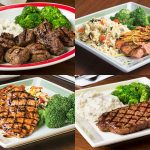 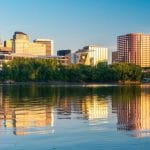 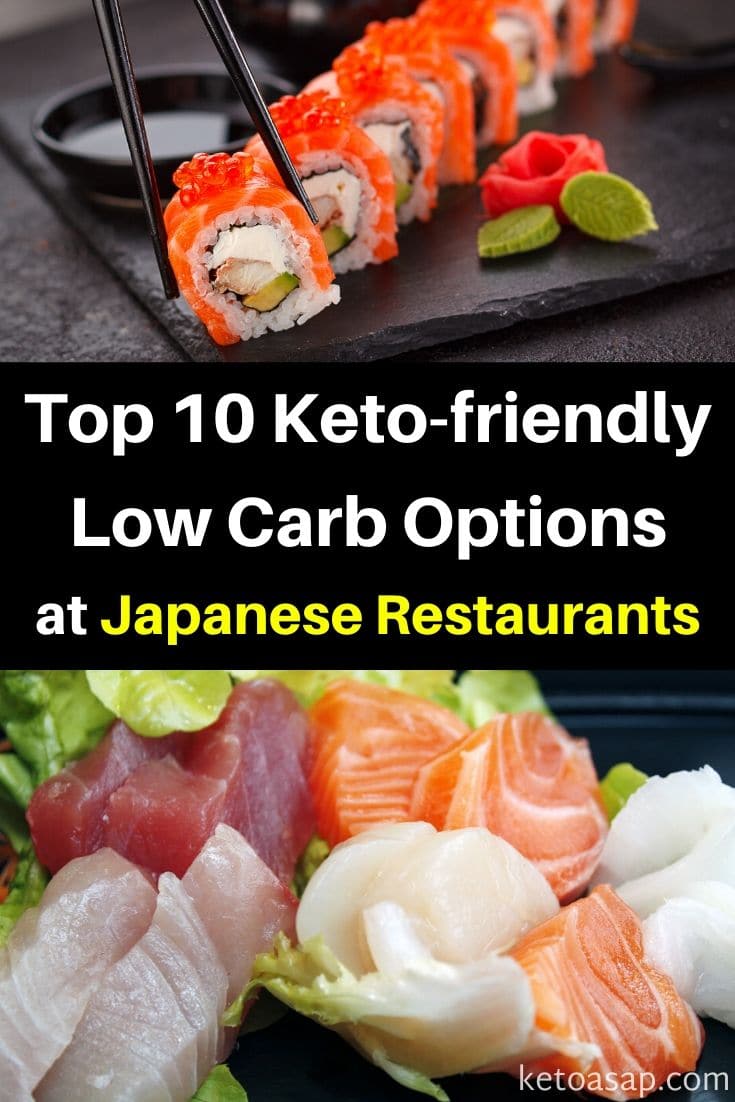