Fruits are nature’s candy and pineapple is one of the most popular, incredible tasting and sweet tropical fruits that have won over the hearts of many people. Even though it is thought that pineapple originates from Paraguay and Brazil, today it is very popular all around the world and people have discovered many different ways to use it.

If you are following the keto diet you probably know that most fruits do not fit into the low amount of carbs you need to eat per day. So, if you are wondering if you can have pineapple on the keto diet, keep on reading!

In this article, we will discuss raw and dried pineapple, since those are the most popular forms that you will find pineapple in.

Here is the nutritional information on 100 grams of raw and dried pineapple (*), (*)

Glycemic index or GI is a system for the relative ranking of foods when compared to pure glucose.

The GI value corresponds to how much blood sugar rises two hours after consumption and it can range from 0 to 100, with pure glucose being at 100.

The GI value of raw pineapple comes at 59 ± 8, which means that it is mid to high GI food, depending on its sweetness. (*)

Apart from being one of the sweetest-tasting fruits out there, pineapple is also one of the healthiest fruits.

While it contains many beneficial nutrients, it is very rich in vitamin C and manganese.

Vitamin C is an essential vitamin that plays a role in growth and development, as well as immune health and the absorption of iron. It is a powerful antioxidant, and also has some cancer preventive properties, and it can help prevent heart disease and other chronic conditions. (*)

Antioxidants are chemical compounds that help fight and combat oxidative stress to cells caused by free radicals. They do this by binding to the free radicals and preventing them from causing damage- inflammation, cancer, diabetes, heart disease, etc… (*)

Pineapple has been used in folk medicine since ancient times. Today we know that it is partially because it contains an enzyme called bromelain. Bromelain belongs to a group of enzymes that are proteolytic, which means that they can break down proteins, and bromelain has many health benefits, however, its molecular mechanisms of action have not yet been completely identified. (*)

Some research has shown that bromelain may help with nasal swelling and sinusitis. There is also some evidence that it might help with digestive health and it is also promoted for osteoarthritis, cancer, burns, and muscle soreness. (*), (*)

The enzymes’ cancer-fighting properties have been highlighted in numerous test-tube and animal studies. Research has shown that it potentially has properties to fight colon cancer, breast cancer, skin cancer, biliary tract cancer, but still, more research is needed. (*), (*), (*), (*), (*).

Several studies also show that pineapple can also help improve immunity. In one study that was done in 9 weeks, 98 children that were normal and underweight, were divided into 3 groups. Each group was given a different amount of pineapple. At the end of the study, it was noted that the group that consumed the most pineapple had a significant decrease in viral and bacterial infections. (*), (*)

Can You Eat Pineapple On The Keto Diet?

Pineapple is one of the most delicious fruits, and it has many health benefits as well. But, when you look into the table of the nutritional information you can see that both raw and dried pineapple are high in carbs.

This information shows that just 100 grams of raw pineapple takes up more than half of the daily carbs of a strict keto dieter and it also raises the blood sugar and insulin levels fast, which will kick you out of ketosis.

So, unfortunately, pineapple is not ketogenic and should be avoided on a strict keto diet. If you are on a low carb diet or a non-strict keto diet and you still want to consume pineapple, then make sure to carefully watch the serving sizes so you don’t stop being in ketosis.

How many net carbs are in pineapple?

No, pineapple is not strictly keto-friendly as it contains too many carbs and has a high GI value.

While pineapples are one of the tastiest, sweetest and healthiest fruits out there, they are unfortunately not keto-friendly and contain too many carbs and too high GI to be included in a strict keto dieters’ kitchen.

However, if you still want to consume pineapple and you are on a low-carb or non-strict keto diet, then make sure you monitor the amount of pineapple you consume. 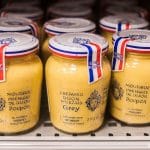 Can You Have Mustard On Keto Diet? 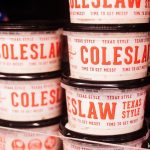 Can You Eat Coleslaw On Keto Diet? 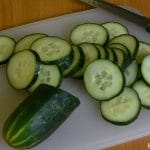 Can You Eat Cucumber On Keto Diet? 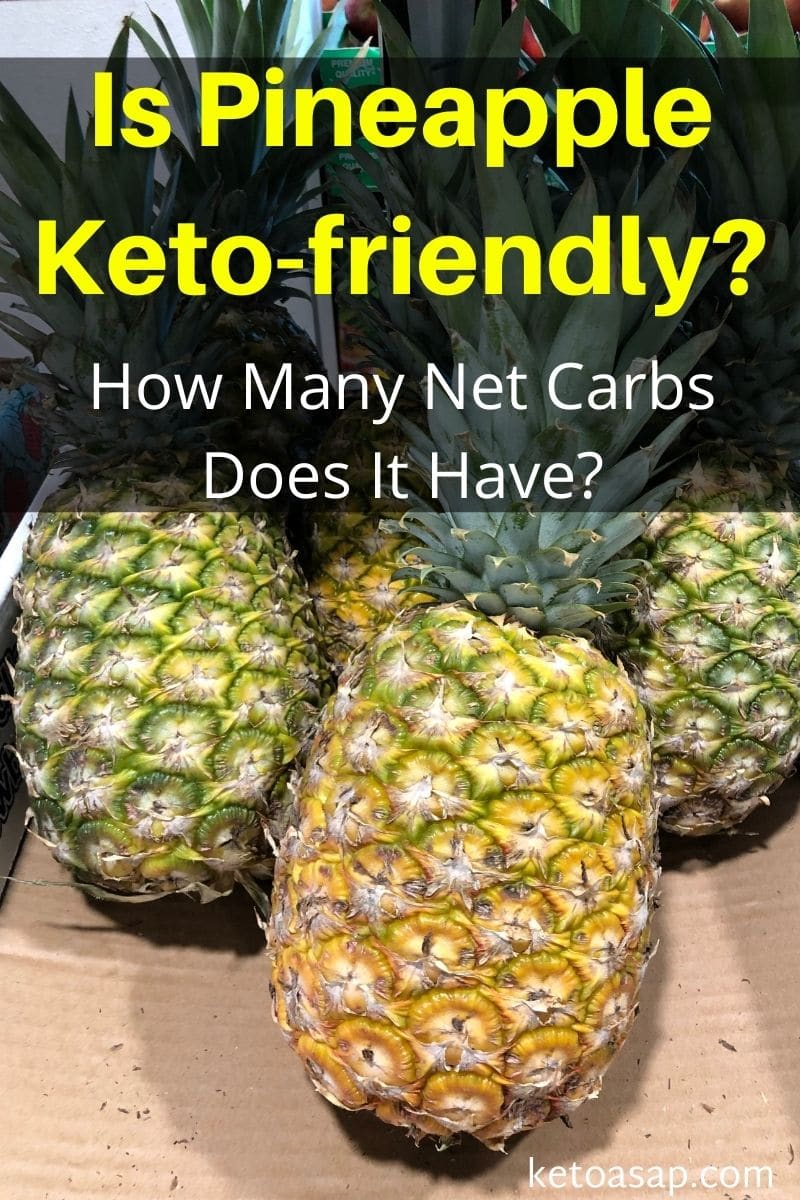